The Vine in Goshen, Indiana is a recent church plant that was meeting in a facility that was considerably too small to accommodate their fast-growing congregation. A unique opportunity became available for The Vine to relocate, the new facility was just a few short miles from their current location and it would be large enough to accommodate future growth. In addition, the facility enabled the church to move into highly visible and well-known retail space and would have a solid retail tenant to help cover acquisition and renovation costs. The new location would have adequate space and parking as well as a more visible location. Being a fairly new church, there had not been sufficient time to accumulate the financial resources needed to purchase and renovate the space. The opportunity was further complicated by the fact that the church had a large number of young families and over half the congregation had been attending for approximately a year or less.

After an extensive Pre-Campaign Assessment, which helped us understand the unique issues facing The Vine, CGS developed a custom generosity campaign plan and message to help the church maximize its gifts and motivate a young and fast-growing congregation. The campaign message focused on the clear need for the congregation to relocate, the unique opportunities this new location would provide and the reality that future growth would be limited if changes were not made soon. Leadership focused on the church momentum, and the desire to reach families in the community that needed the foundational truths of Christ and scripture. In addition, CGS helped leadership to be very strategic in engaging and involving many of the new families in implementing the campaign strategy.

The congregation was challenged to focus on prayer and the opportunity to reach new people for Christ, and they responded to this unique opportunity with energy and enthusiasm. Church leadership communicated strategically to leaders and new members alike and were able to gain high participation. God blessed their total commitments which exceeded their goal of $400,000.

The Vine has now moved into their new space where they can grow, minister to the community, and equip young couples to know Christ and better raise their families. After a few weeks in the new facility The Vine had a newcomers class which had over 40 new individuals looking to commit to and go deeper at the church. 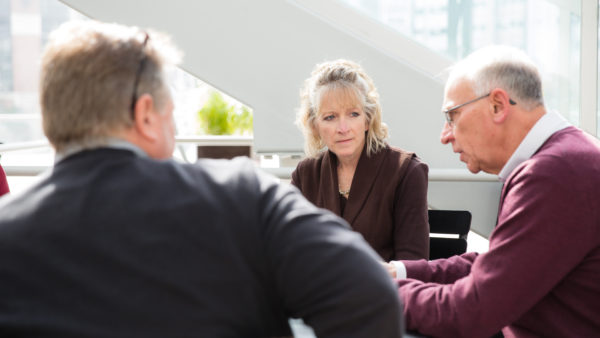